Frog Lock Locksmith performed a new job for a client recently. He called us up to change lock in his house. We say that it’s the best thing to do before moving into a new house. 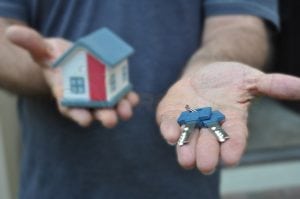 Why Change Lock before Moving In?

Using the old locks of the house isn’t advisable.  For one, you won’t know how many people (or perhaps old tenants) have the key to your house. That is not a good thing for your privacy, safety and security.

Because if someone else has the key to the house, you won’t have peace of mind or even feel at ease that you’re safe while sleeping. You know things like intruders in the middle of the night. Someone or some people might be able to break into your house when you’re asleep or when you are not home.

It’s not a good idea to keep the old locks.

So we did this job for the client to change lock in his house in all the exterior doors to ensure that anyone holding the old keys won’t be able to access when they’re not around,  sleeping or  on vacation.

Another great thing was Frog Lock Locksmith’s rekey service saved him money because what we did was rekeyed the locks instead of changing them.

We rekeyed his locks and he felt better because they are safer after the job. And then the next day at around 11 PM, he called us up again. He said that he was locked out the house. We went to his location and helped him unlock the door to get back inside his house.

Another happy customer served and we’re equally happy we did! If you need change lock service in Long Island, feel free getting in touch with Frog Lock Locksmith at (516) 263-7770 today!